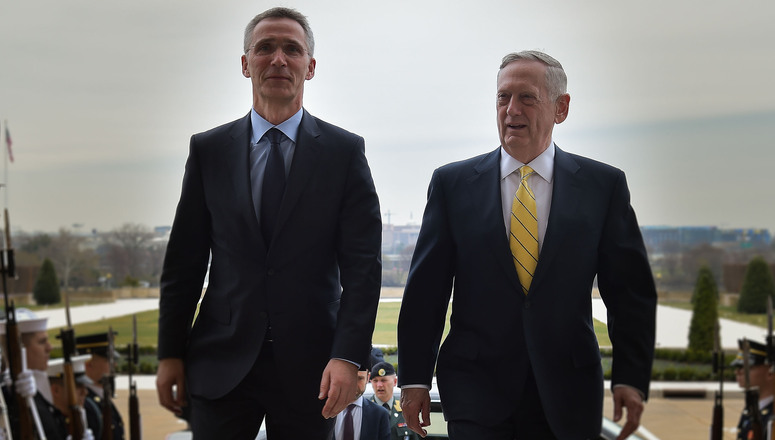 NATO Secretary General Jens Stoltenberg met with US Secretary of Defense James Mattis at the Pentagon on Tuesday (21 March 2017) to discuss enhancing NATO’s role in the fight against terrorism and preparations for the upcoming Meeting of NATO leaders in Brussels. The Secretary General is in United States to attend a meeting of the Counter-ISIL Coalition on Wednesday. report press NATO. transmete press agency “Persheva jonë”

During their talks, Mr. Stoltenberg and Secretary Mattis discussed how the Alliance can do even more in the fight against terrorism, and NATO’s missions in Afghanistan and Kosovo. The two leaders also reviewed progress on NATO defence spending and agreed on the importance of fairer burden-sharing between Allies.

Tomorrow, the Secretary General will attend a meeting of the Counter-ISIL Coalition, hosted by US Secretary of State Rex Tillerson. All 28 NATO Allies are members of the Coalition, and NATO is providing direct support to Coalition forces with AWACS surveillance flights. The Alliance is also strengthening its support for partners in North Africa and the Middle East, including by training Iraqi military personnel.