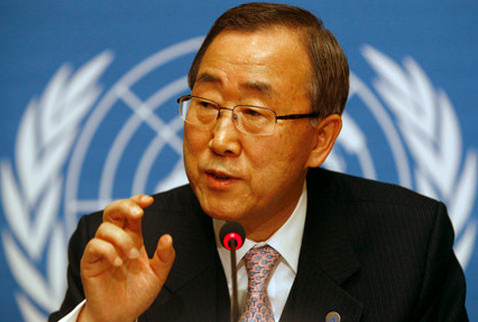 Geneva 20 June 2016  (Nefail Maliqi)  – At the end of 2015, there were 21.3 million refugees, 3.2 million people in the process of seeking asylum, and 40.8 million people internally displaced within their own countries, report Press UN, transmete the National Information Agency “Presheva Jonë” from Geneva.

Forced displacement has reached unprecedented levels, with more than 65 million people uprooted from their homes globally. New and recurring conflicts, and ever-more disturbing forms of violence and persecution, are driving people to flee in search of safety within their own countries, or to cross international borders as asylum seekers or refugees. Others are living in long-term exile, as solutions to protracted conflicts remain elusive.
World Refugee Day is a moment for taking stock of the devastating impact of war and persecution on the lives of those forced to flee, and honouring their courage and resilience. It is also a moment for paying tribute to the communities and States that receive and host them, often in remote border regions affected by poverty, instability and underdevelopment, and beyond the gaze of international attention. Nine out of ten refugees are today living in poor and middle income countries close to situations of conflict.

Last year, more than 1 million refugees and migrants arrived in Europe across the Mediterranean, in unseaworthy dinghies and flimsy boats. Thousands did not make it — tragic testimony to our collective failure to properly address their plight. Meanwhile, divisive political rhetoric on asylum and migration issues, rising xenophobia, and restrictions on access to asylum have become increasingly visible in certain regions, and the spirit of shared responsibility has been replaced by a hate-filled narrative of intolerance. We see a worrisome increase in the use of detention and in the construction of fences and other barriers.

With anti-refugee rhetoric so loud, it is sometimes difficult to hear the voices of welcome. But these do exist, all around the world. In the past year, in many countries and regions, we have witnessed an extraordinary outpouring of compassion and solidarity, as ordinary people and communities have opened their homes and their hearts to refugees, and States have welcomed new arrivals even while already hosting large numbers of refugees.

There is an urgent need to build on and amplify these positive examples. Our responses to refugees must be grounded in our shared values of responsibility sharing, non-discrimination, and human rights and in international refugee law, including the principle of non-refoulement. On 19 September, the UN High-Level Plenary of the General Assembly on Addressing Large Movements of Refugees and Migrants will offer a historic opportunity to agree a global compact, with a commitment towards collective action and greater shared responsibility for refugees at its core.

We must stand together with the millions of men, women and children who flee their homes each year, to ensure that their rights and dignity are protected wherever they are, and that solidarity and compassion are at the heart of our collective response.