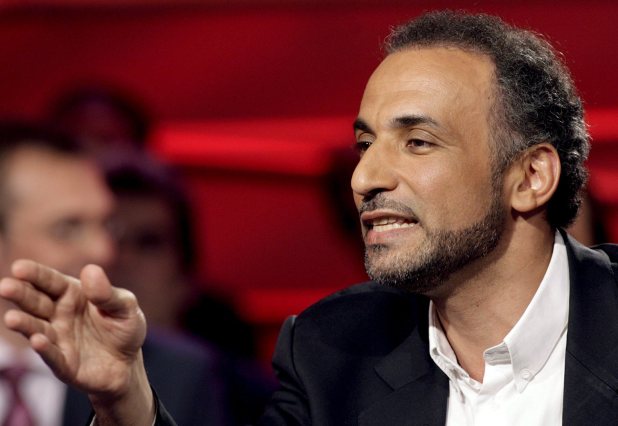 Prof Dr. Tariq Ramadan, in an exclusive interview in Geneva with the news agency,Presheva Jonë, was informed about the significant number of Albanian volunteers from Albanian inhabited areas in the Balkans whom today are fighting in Syria against the Assad regime end Iraq. In this context, Dr. Ramadan has a clear message

“Those who have sacrificed their lives, whether in Kosovo, Syria or in another country, for good causes, for freedom and democracy, may Allah bless them and I would like to send my deepest condolences to their families. But I believe that there is no need for the Albanians, whether from Kosovo, Albania, Macedonia or Preshevo, to join the war in Syria and Iraq. This issue should be for the Syrians. Let us be clear that the current government of Bashar al-Assad is a dictatorial regime and needs to be toppled. Therefore, we need to support the opposition, but this does not mean that we should join the war in Syria, because there are other measures to topple Assad’s dictatorial regime.”

Dr. Tariq Ramadan, in an exclusive interview in Geneva with the news agency, Presheva Jonë, speaks about the Syrian Civil War, Albanian volunteers in Syria who are fighting against Assad’s dictatorial regime and the headscarves issue between Kosovo’s government and the Muslim majority community in Kosovo. Dr. Ramadan is the author of several scientific and sociological contributions related to Islam. The title of his latest book is “Islam and the Arab Awakening” (L’islam le réveilarabe). The Muslim intellectual believes the ongoing polarization between seculars and Islamists is a real issus that affects the Arab World.

If Kosovo’s government claims to be democratic, it does not have the right to prohibit the use of headscarves in schools

While speaking about Islam in Kosovo and in Albania, Professor Tariq Ramadan considers the situation to be on the right track. But according to him, “ the Albanian Muslims in the Balkans sometimes face barriers by governments that in the name of several laws, which according to me are undemocratic, violate human rights and fundamental rights related to wearing of cloths, which is a personal issue.”

“I have been in Kosovo and I believe I will visit the region again. The issues related to the use of headscarves and the discrimination of the Muslims in Kosovo are not unintended, but historical. The headscarf issue in Kosovo is internal, which means of the country, which thankfully has a government. But this government, if elected by the people, needs to be open, cooperative and tolerant towards its people.

Furthermore, Dr. Tariq Ramadan speaks about Kosovo, and highlights that Kosovo’s government needs to underline that the country is democratic. He refers to Switzerland about several positive examples about the use of headscarves in schools.

Therefore, my message about this is clear, the government has no right to prohibit the use of headscarves in schools if it pretends to be free and democratic. Albanian females of the Muslim community are the ones who decide themselves and not their families or the government,” declares Professor Tariq Ramadan to Presheva Jonë.