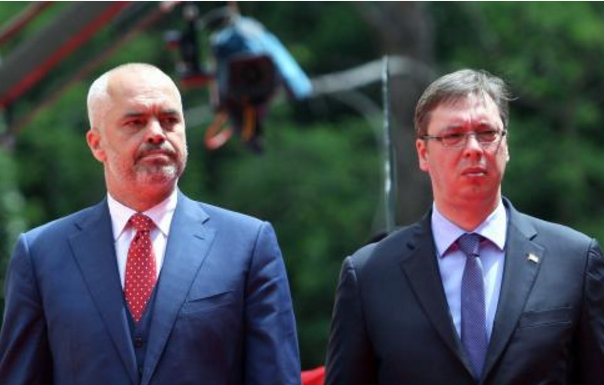 Serbia and Albania remain at odds over Kosovo, the predominantly ethnic Albanian and former Serbian province that declared independence in 2008. Serbia does not recognize the split, which Albania supports.

Both countries want to join the European Union.

Albania’s Rama told the business gathering that “Our aim is to turn our borders that separate us into bridges that connect us.”