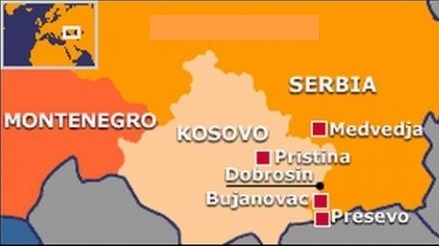 Presevo Valley President Jonuz Musliu, welcoming the Catalonia Referendum, in an interview with the news agency “Presheva Jonë”, said that Serbia should accept the March 1992 Referendum, in line with the UN Charter, which guarantees the self-determination of indigenous peoples.

“Presevo valley, as well as all South Serbian municipalities, Bujanovac, Presevo and Medvedja, are populated mainly by ethnic Albanians, who form a 98% majority..” Jonuz Musliu, head of Bujanovac Municipality, was quoted as saying by news agency “Presheva Jonë” Serbia should accept a referendum from March 1992 in accordance with the UN Charter, which guarantees the self-determination of indigenous peoples, sought by the leader of the Albanians from the Presevo Valley, Jonuz Musli.

The head of the National Committee of the Albanians in the Valley, Jonuz Musliu, says that this process must take place in compliance with the 1-2 March 1992 referendum. “Such act is also in compliance with international conventions and UNO Charter, which guarantees the right of self determination”, he says.

Musliu claimed that, at a historic level, Presevo valley has always been part of Kosovo. It was separated from Kosovo’s administrative unit in 1948 by the Yugoslav communist leadership.

Musliu also reminded that Presevo’s Albanian community had already demanded annexation to Kosovo through a referendum held on March 1-2, 1992, with support of the move amounting to 98%. He reminded that there are more than 100,000 inhabitants in the Presevo Valley living in three Albanian municipalities in Medvedja, Bujanovac and Presevo, who have a legal act on the will of the majority of Albanians in the valley, and Serbia should take this into account.

Bujanovac Municipality’s head was himself a leader of pro-Albanmian militant group at the time of clashes that took place in Presevo in 1999-2001 as a follow-up to the Kosovo war.

Over the past decade, experts have raised fears that Presevo Valley could become “a second Kosovo” if Serbia, Kosovo and Albania’s governments do not find a solution to the conflict.

But the heads of the local governments of Presevo and Bujanovac representing the Albanian community that makes the majority in these municipalities did not attend the opening ceremony, and according to the President of the local assembly in Bujanovac, Jonuz Musliu, they were not invited.

Musliu, who was one of the commanders of the rebel ethnic Albanians (UCPMB) in the 2001-2001 clashes between ethnic Albanians and the Serbian government in the region, strongly opposes the building of bases in the vicinity of Bujanovac.

“Instead of demilitarisation, we build-up the armed forces, which is very disturbing for the Albanian population,” Musliu said.