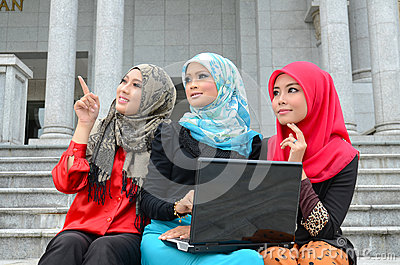 The Future of the Global Muslim Population: The world’s Muslim population is expected to increase by about 35% in the next 20 years, rising from 1.6 billion in 2010 to 2.2 billion by 2030, according to new population projections by the Pew Research Center’s Forum on Religion & Public Life, according to the Albanian news agency Presheva Jone. These are among the key findings of a comprehensive report on the size, distribution and growth of the global Muslim population. The report by the Pew Forum on Religion & Public Life seeks to provide up-to-date estimates of the number of Muslims around the world in 2010 and to project the growth of the Muslim population from 2010 to 2030. The projections are based both on past demographic trends and on assumptions about how these trends will play out in future years. Making these projections inevitably entails a host of uncertainties, including political ones. Changes in the political climate in the United States or European nations, for example, could dramatically affect the patterns of Muslim migration.

If current trends continue, however, 79 countries will have a million or more Muslim inhabitants in 2030, up from 72 countries today.1 A majority of the world’s Muslims (about 60%) will continue to live in the Asia-Pacific region, while about 20% will live in the Middle East and North Africa, as is the case today. But Pakistan is expected to surpass Indonesia as the country with the single largest Muslim population. The portion of the world’s Muslims living in sub-Saharan Africa is projected to rise; in 20 years, for example, more Muslims are likely to live in Nigeria than in Egypt. Muslims will remain relatively small minorities in Europe and the Americas, but they are expected to constitute a growing share of the total population in these regions. In the United States, for example, the population projections show the number of Muslims more than doubling over the next two decades, rising from 2.6 million in 2010 to 6.2 million in 2030, in large part because of immigration and higher-than-average fertility among Muslims. The Muslim share of the U.S. population (adults and children) is projected to grow from 0.8% in 2010 to 1.7% in 2030, making Muslims roughly as numerous as Jews or Episcopalians are in the United States today. Although several European countries will have substantially higher percentages of Muslims, the United States is projected to have a larger number of Muslims by 2030 than any European countries other than Russia and France. (See the Americas section for more details.)

How almost one in four people in the world are Muslim… and 1,647,000 live in Britain

Europe is home to about 38 million Muslims, or about five per cent of its population. Germany appears to have more than 4 million Muslims – almost as many as North and South America combined. In France, where tensions have run high over an influx of Muslim immigrant laborers, the overall numbers were lower but a larger percentage of the population is Muslim (MailOnline)

In Europe as a whole, the Muslim share of the population is expected to grow by nearly one-third over the next 20 years, rising from 6% of the region’s inhabitants in 2010 to 8% in 2030. In absolute numbers, Europe’s Muslim population is projected to grow from 44.1 million in 2010 to 58.2 million in 2030. The greatest increases – driven primarily by continued migration – are likely to occur in Western and Northern Europe, where Muslims will be approaching double-digit percentages of the population in several countries. In the United Kingdom, for example, Muslims are expected to comprise 8.2% of the population in 2030, up from an estimated 4.6% today. In Austria, Muslims are projected to reach 9.3% of the population in 2030, up from 5.7% today; in Sweden, 9.9% (up from 4.9% today); in Belgium, 10.2% (up from 6% today); and in France, 10.3% (up from 7.5% today). (See the Europe section.)