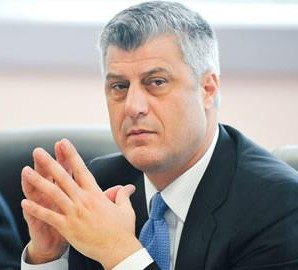 Emerging from a meeting with the visiting Prime Minister of Kosovo Hashim Thaci here on Monday, Bulgarian President Rosen Plevneliev said that Bulgaria will continue to support the efforts for accomplishment of the European and Euro-Atlantic prospects of the countries in the Western Balkans. “The future of the Republic of Kosovo is to be a worthy member of the European Union and NATO,” the President said on the first day of Thaci’s official two-day visit, as quoted by his press secretariat.

Prime Ministers Boyko Borissov of Bulgaria and Hashim Thaci of Kosovo signed an Intergovernmental Agreement on Readmission of Aliens and an accompanying protocol during a ceremony on Tuesday. The signing took place during Thaci’s official visit to Bulgaria and was preceded by a one-to-one session between the two prime ministers. The guest thanked Bulgaria for its support for the building of Kosovo. “Kosovo is a European country and our goal is to join the EU as soon as possible,” Thaci said. He described Kosovo as a “democratic multiethnic country” which implements 95 per cent of the Ahtisaari plan for the Kosovo status process. Noting that Bulgarian business is already present in Kosovo, Thaci encouraged Bulgarian entrepreneurs to become even more actively involved in various sectors of Kosovo’s economy, including agriculture, energy and mining.

The best solution is for Belgrade to recognize Kosovo, for us to open embassies in both capitals. The only way is dialog, cooperation and respect for European values, Kosovan Prime Minister Hashim Thaci said at a news briefing in the Council of Ministers in Sofia, FOCUS News Agency reported.
“Our goal is to have one European region in the Balkans and for all countries as sovereign states – both Kosovo and Serbia – to be integrated in the European Union,” said Thaci.
“We should finally close the page of conflicts. That’s why I suggested setting up a commission of reconciliation between the two peoples. Kosovo is a country producing peace and security,” highlighted the prime minister of Kosovo.
He added that talks with Serbia had been underway in Brussels for two years.
“We managed to achieve 7 agreements. Belgrade respects some of them partially and some are not enforced, unfortunately. It is necessary to apply the agreement about regional cooperation and about borders,” he noted.
Asked about the ethnic clashes in Macedonia and tension on the border between Kosovo and Serbia, he said: “Kosovo has wonderful relations with Macedonia. We have very active bilateral cooperation. I met with Prime Minister Nikola Gruevski and with Albanian political leaders, who are integrated in the institutions in Skopje. The best solution is for Macedonia to strictly respect the Ohrid Agreement in terms of ethnic tolerance, European prospects and membership in NATO and EU. My message is for peace, cooperation, respect for rights of all people, regardless of ethnicity.”
“As to North Kosovo, Kosovo is a sovereign state, most Kosovan citizens who are Serbs are integrated in the Kosovan society. We have a deputy prime minister and three ministers in the government. 24 out of 120 MPs are from another nationality. There should be European development in this region,” said the Kosovan