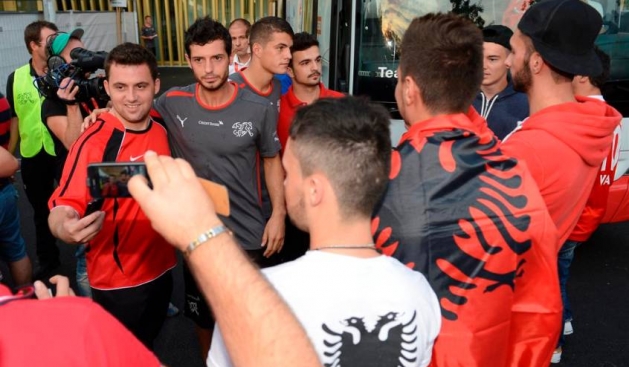 The name of Switzerland’s most famous historical hero is, of course, William Tell. More recently, a man called Roger Federer has joined the hall of fame.

Few, though, would have predicted that the latest hero to make Swiss hearts swell with pride would be called Xherdan Shaqiri – not to mention his team-mates, Valon Behrami, Granit Xhaka, Haris Seferovic, or Admir Mehmedi.

They are all members of Switzerland’s national football team, currently ranked sixth in the world, and set to take on Argentina in the last 16 of the World Cup in Brazil.

They are all Muslims, in a country which very recently voted to ban minarets.

And they are all immigrants or the children of immigrants to Switzerland, where voters in February backed strict new quotas on immigration.

Just 20 years ago, when Switzerland played in the World Cup in the United States, its team members sounded rather different: Marc Hottinger, Alain Sutter, Stephane Chapuisat, Jurg Studer. So why have things changed so much?

In the 1970s and 80s, Switzerland actively recruited workers from what was then Yugoslavia. The idea of course was that just the men would come, and, once their work was finished, they would go home.

But the best laid plans of Swiss industry did not foresee the implosion of Yugoslavia, the civil war in Bosnia, where Haris Seferovic was born, or the crisis in Kosovo, originally home to Xherdan Shaqiri, Granit Xhaka, and Valon Behrami.

Many of those temporary workers became permanent; some were granted refugee status, their families joined them.