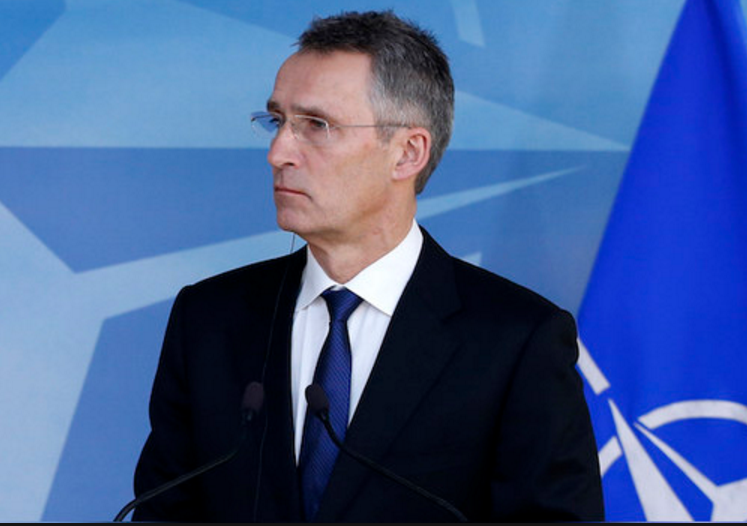 “The recent incident with regard to the wall in Mitrovica is a matter of concern. We understand an agreement has been reached to remove it..”  said NATO official press for the National Information Agency “Presheva Jonë”

The future of the entire Western Balkans region lies in the Euro-Atlantic family. There will be no real prospects for a better future in Kosovo, neither for Serbs nor Albanians, without full respect for human rights and for the rights of all communities.

KFOR will take whatever measures are considered necessary to keep a safe and secure environment in Kosovo at all times, in line with its UN mandate. We fully support the EU-sponsored Belgrade-Pristina dialogue and the increasing normalisation in Kosovo.

“We continue to encourage all parties to engage in political dialogue and work towards a more secure Kosovo that improves the lives of all those who live there. The NATO KFOR presence and the EU-facilitated agreement between Belgrade and Pristina have resulted in steady improvements in the security situation…” said NATO official for the National Information Agency “Presheva Jonë”

Much remains to be done to see a full normalisation of the security and political situation in Kosovo. More needs to be done to leave the past behind and turn the page. This requires continued dialogue and sometimes difficult compromises.  We count on everyone in the region to show moderation. And support any effort that leads to the normalisation of the security situation and avoids creating tensions. Because the people of this region deserve a better future, as part of the Euro-Atlantic community.

NATO remains fully committed to the stability and security of Kosovo and of the Balkans region. KFOR’s mission remains unchanged: to maintain a safe and secure environment and ensure freedom of movement for all people in Kosovo. NATO will continue to make sure KFOR has the forces and capabilities it needs to best carry out its mission.