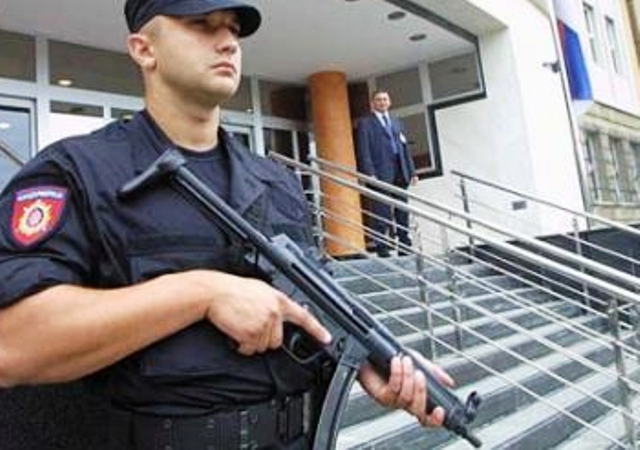 On Wednesday, the court in Belgrade has sentenced 11 former KLA fighters, members of the so-called Gnjilane Group to a total of 116 years of prison for crimes against civilians during the Kosovo war.

Kosovo’s opposition party Alliance for the Future of Kosovo, AAK, criticised the sentencing of 11 Albanians by a court in Serbia as an attempt to put pressure on the ethnic Albanians in south Serbia.

In a press release issued on Thursday, AAK, the party led by the ICTY defendant Ramush Haradinaj, said that it has no doubts that the verdict reached by Serbia’s Supreme Court was politically motivated and that it is a part of Belgrade’s policy of continuously pressuring ethnic Albanians in the Presevo Valley in the south of Serbia.

On Wednesday, the court in Belgrade has sentenced 11 former KLA fighters, members of the so-called Gnjilane Group to a total of 116 years of prison for crimes against civilians during the Kosovo war.

They were found guilty of raping and torturing two Kosovo Serb women between June 17 and 23, 1999, and given sentences ranging from 15 to 5 years in prison.  Six defendants were found not guilty.

“The decision was entirely political and unfair, and it aims to destabilise and rise tensions at a time when we are supposed to commence talks between our two countries,” read the AAK’s  press release.

The AAK appealed to the EU Rule of Law mission to Kosovo, EULEX, to intervene with other international bodies and “help the victims of politics of the Serbian regime.”

A Kosovo NGO which deals with the issue of the displaced Albanians from the Presevo Valley, Vatra, says that the court intended to create “a psychosis which would make Albanians flee their homes.”

“It is meant to provoke a reaction from Albanians, which would be later used as an alibi for another assault or imprisonment of Albanians.  It presents the lie to the world by saying that this is what the Albanians are – murderers, they do not want democracy, nor peace.”

The court in Belgrade concluded that the defendants violated the Geneva Convention. A total of 206 witnesses were examined in the course of the retrial at Serbia’s Supreme Court, 179 of which were victims and families of victims.

Previously, a court in Belgrade had sentenced nine members of the Gnjilane Group to a total of 101 years in prison for war crimes against civilians on January 21, 2011.

However, the War Crime Chamber of the Appellate Court in Belgrade quashed that verdict on December 7, 2011, and set the case for a retrial.

Serbia’s War Crimes Prosecution’s Office said it is satisfied with the sentencing part of the verdict, but it would appeal the acquittal of six defendants. The defence also announced they would appeal to the Appellate Court.