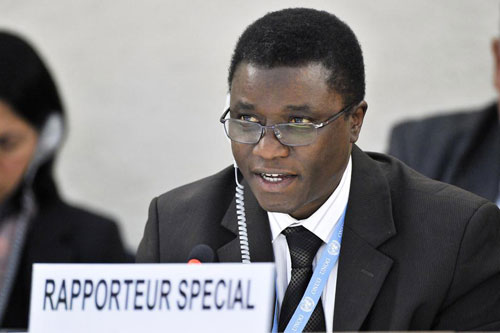 16 September 2016 – (Nefail Maliqi)  -Concluding his five-day visit to Serbia and Kosovo, a United Nations human rights expert called on the Government of Serbia and the authorities in Kosovo to find an urgent and sustainable solution for people who have been displaced for almost 17 years, reported UN, transmete presse Agency “Presheva Jonë” in Geneva-Presevo

“I urge the authorities to carry out profiling and needs assessment exercises, and survey of the wishes or intentions of internally displaced persons,” he added, noting that emphasis should not be on return alone.

The release further noted that according to the Office of the UN High Commissioner for Refugees (UNHCR), there are still some 88,000 vulnerable internally displaced persons (IDPs) in Serbia and more than 16,000 in Kosovo who remain with displacement related needs and require durable solutions.

The UN human rights expert also expressed concern over the living conditions of many IDPs, especially those belonging to the Roma, Ashkali and Egyptian communities.

“These IDPs have specific protection needs, especially in terms of accessing their rights to housing, employment, health care and education,” Mr. Beyani stressed, adding that these should be addressed as a matter of urgency.

Highlighting that durable housing is a key element of sustainable solutions, and it should be linked to livelihood opportunities, the Special Rapporteur noted that a number of other issues, such as rule of law, illegal occupation of properties and effective compensation for properties that cannot be recovered also require attention.

The UN expert further emphasised that the concerns of IDPs in Serbia and Kosovo should remain on the agenda of the international community and that this should be addressed as a key component in the context of the European Union accession framework and in the framework of the Brussels dialogue between Belgrade and Pristina.

“I call upon the international community not to turn a blind eye to IDPs [there], and to continue supporting the Government and authorities in Serbia and Kosovo respectively in their efforts to achieve durable solutions to IDPs, and close the internal displacement chapter once and for all,” said Mr. Beyani.

During his visit, to assess progress made on his earlier recommendations, the UN Special Rapporteur recognised that some positive steps have been taken by the Serbian Government and the Kosovo authorities, including in terms of housing, land and property issues as well as in terms of institutional arrangements and legal and policy frameworks to respond to the situation of IDPs.

Independent Experts and Special Rapporteurs, are appointed by the UN Human Rights Council to examine and report back on a country situation or a specific human rights theme. The positions are honorary and the experts are not UN staff, nor are they paid for their work.