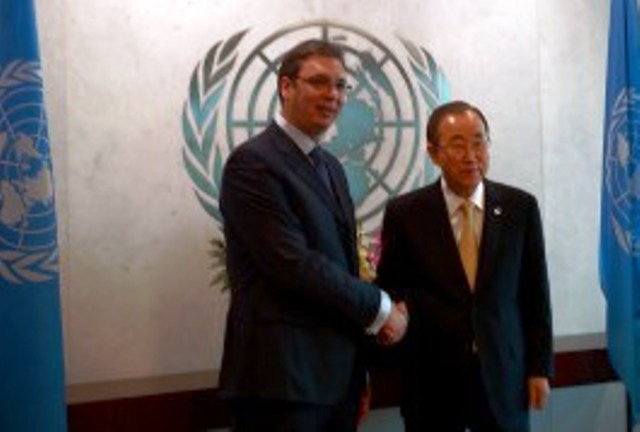 It is stated that the proceedings of the 71 session of the General Assembly of the UN, the world crisis is already discussed the fragile situation in the Balkans. UN chief demanded from Belgrade and Pristina to continue with PROCESS Kosovo-Serbia dialogue and simultaneously apply the agreements reached in Brussels., report press UN, transmete the Press Agency “Presheva Jonë” from Geneva.

The Secretary-General and the Prime Minister discussed the situation in the Western Balkans, including the issue of regional cooperation and reconciliation. In this respect, the Secretary-General encouraged Serbia to continue to take an active role in strengthening regional relations.

The Secretary-General also expressed concern about developments in Bosnia and Herzegovina, in particular in relation to the planned referendum in Republika Srpska.