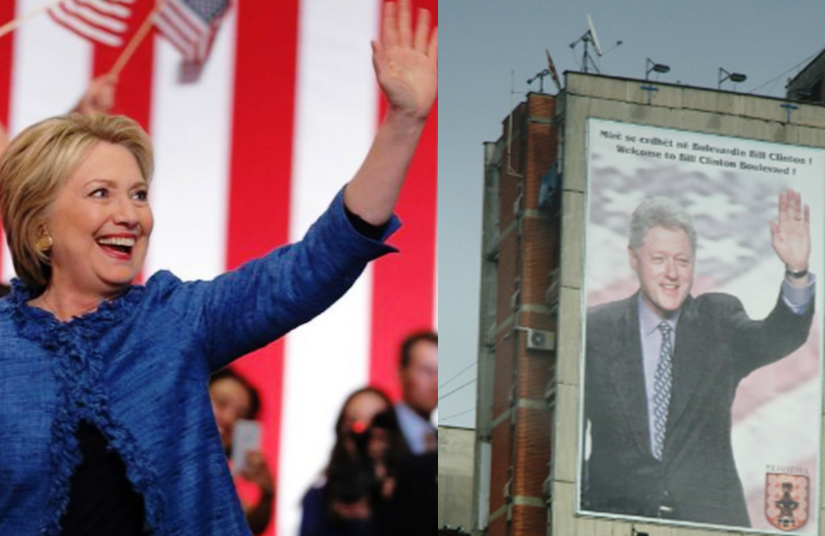 Presevo, 18 May 2016  -Kosovo and Albania really is getting “multiatnike”. After Bill Clinton in Busia Pristina, Albanians will now have the bust of his wife Hillary Cltion, but in Tirana. With this we can say that Hillary and Bill Clinton “citizens” of 7,000,002 among Albanians in the Balkans (in Pristina and Saranda), report the National Information Agency “Presheva Jonë”.

The bust has already been made by sculptor Idriz Balani. Nika said that this decision is not linked to the US presidential process Officials of the southern Albanian town of Saranda announced that in that city be placed a bust of Hillary Clinton, the favorite for the Democrat presidential nomination in the United States, in recognition of her contribution to the Albanian nation on the international stage.
This is not the first time that Albanians erected a monument to Clinton. Bill Clinton in November 2009 in Pristina unveiled a monument to himself. It is a bust of three meters high, on which is carved the date of 24 March 1999, the day when he ordered the bombing of Serbia, report the National Information Agency “Presheva Jonë”

The southern Albanian town of Saranda is erecting a bust of U.S. presidential candidate Hillary Clinton to mark her contribution in the international arena for the Albanian nation.

Town hall spokesman Thoma Nika said the city council unanimously decided a day earlier to display the sculpture of the former U.S. Secretary of State on the main boulevard along the shore, due to her “dimension as a woman in politics, as a representative of the old Albania-U.S. friendship, for her contribution to the Albanian nation in different historical moments.”

The United States and most European Union member states are among the more than 100 countries that have recognized Kosovo’s 2008 independence declaration. Kosovo is now also a full member of FIFA and UEFA