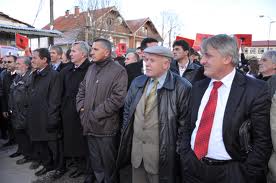 A decisive victory for Ragmi Mustafa in Presevo, Nagip Arifi’s return to the political scene in Bujanovac and poor results of Serb lists of candidates marked the last local elections in southern Serbia.

According to the Municipal Electoral Commission in Presevo, leader of the Democratic Party of Albanians (DPA) Ragmi  Mustafa beat head of the Party of Democratic Action (PDA) Riza Halimi once again, but this time with a significant difference in the number of votes.

The DPA won 40.7 percent of the votes, while the PDA won 23.9, strengthening Mustafa’s hold over the office of the president of the Presevo municipality, which he took up in 2006.

Not one of the three Serb candidate lists that ran in Presevo managed to win the minimum votes required for a seat in the local parliament, so there will be no Serb representatives in that body for the first time since 1990 and the establishment of the multi-party system.

According to unofficial results from the Municipal Electoral Commission, Nagip Arifi’s Democratic Party (DP) won the local elections in Bujanovac, with 23.3 persent of the votes.

Arifi, who was the president of the Bujanovac municipality until 2008, left the PDA in June 2011 and formed the DP. Other ethnic Albanian parties, the Movement for Democratic Process (PDP) led by Jonuz Musliu and the Democratic Union of
Albanians (DUA) led by Mejdi Zeciri also entered the local parliament, along with the DP and PDA.

The local Serbs in Bujanovac also paid the price of being divided, because only three out of seven Serb candidate lists won enough votes to get seats in the local parliament.

The Serb interest will be advocated over the next four years by the Group of Citizens “Stojance Arsica,” Choice for a Better Bujanovac and Serbian Progressive Party (SNS) with around 17 out of the total of 41 members of the local parliament.

The two candidate lists that represented around 4,000 Roma who live in Bujanovac, the United Party of the Roma and Group of Citizens “Roma Forum – Kenan Rasitovic,” failed to win the minimum votes required to enter the local parliament.