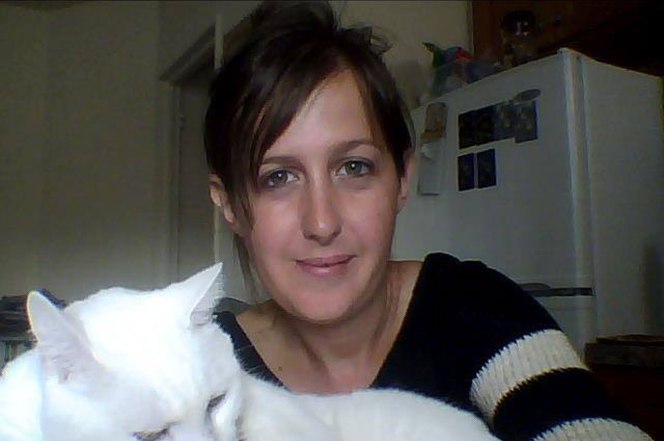 A DONALD Trump supporter who calls herself Mary Magdalene has been arrested for a hate crime after allegedly punching and attacking two Muslim women in front of their babies, New York Daily New reported,  transmete the Press Agency “Presheva Jonë” .

The suspect, whose real name is Emirjeta Xhelili, approached the women wearing hijabs as they pushed their babies in strollers down the street in Brooklyn,

A bigoted Brooklyn woman launched a sickening attack on two Muslim women pushing their babies in strollers — punching them in the face and trying to pull off their hijabs, prosecutors said Friday.

EXCLUSIVE: Bigot tried ripping off two Muslim women’s hijabs as they strolled with their babies in Brooklyn attack

Emirjeta Xhelili, 32, hurled Islamophobic insults as she pounced on the two victims near her Bath Beach home about 1:30 p.m. Thursday, authorities said.

As she punched the 23-year-old women in the face and kicked them in their legs, she tried to rip the traditional Muslim veils off their heads at Bay 20th St. and Cropsey Aves., police sources said.

“This is America — you shouldn’t be different from us,” she yelled, prosecutors said.

The victims and babies were not badly hurt, police sources said.

Less than an hour before the attacks, Xhelili posted hate-filled Facebook messages on an account named Mary Magdalene ripping Muslims and blacks.

“What is your Allah doing to me? It’s kissing my ass,” one of the messages reads.

In another, she refers to “aliens with black skins.”

“You lucky for a time that is left, for I have counted your days!”

Xhelili was arraigned on a charge of misdemeanor assault as a hate crime.

“She didn’t even care for the well-being of a baby — that’s how serious this hate crime is,” Assistant District Attorney Kelli Muse said at the arraignment in Brooklyn Criminal Court.

Police collared Xhelili a half hour after the assault when the victims pointed her out a few blocks away, officials said.

“She continued to taunt them in front of police while in custody, saying ‘You guys don’t belong here,’ ” said Muse, who requested $50,000 bail.

Judge Lorna McAllister issued an order of protection barring her from any contact with the victims or their babies.

In response to the heinous crime, the New York chapter of the Council on American-Islamic relations urged local mosques and Islamic institutions to increase security, saying the 15th anniversary of the 9/11 terror attacks may be used as “an excuse to attack American Muslims.”

Xhelili has no previous arrests and works at Noi Due, a kosher Italian restaurant on the Upper West Side, her lawyer said. Her vile social media musings include several bizarre tweets cheering the candidacy of Donald Trump.

“America is the ark of Noah,” one reads. “Trump’s gonna win.”