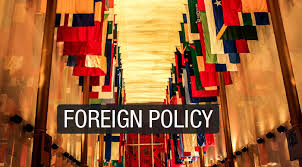 INTERPOL has thus turned into an arena where Serbia and Kosovo exchange mutual accusations of unlawful exercise of territorial jurisdiction, and the prosecution of war crimes has turned into a political weapon, report Foreign Policy transmete the Press Agency “Presheva Jonë”

In early January 2017, Ramush Haradinaj, former Prime Minister of Kosovo and commander of the Kosovo Liberation Army (KLA), was arrested by French authorities. The arrest was made based on an INTERPOL notice requested by Serbia in 2004. The District Court of Belgrade accuses Haradinaj of war crimes allegedly committed in Kosovo during the conflict in 1999.

This is not the first time that a high-ranking Kosovo politician and former KLA member is arrested on the basis of an international wanted notice issued by Serbia. Haradinaj was already arrested in 2015 in Slovenia, but the authorities released him immediately as they accorded him diplomatic immunity. Former Prime Minister and KLA commander Agim Ceku, as well as other senior figures of the KLA, were arrested on several occasions and released. Following Haradinaj’s recent arrest, Serbia’s Prime Minister Vucic immediately announced that Serbia would request his extradition to Serbia. Haradinaj was already tried by the International Criminal Tribunal for the former Yugoslavia (ICTY) and he was acquitted. Serbia claims to have new evidence for war crimes allegedly committed by Haradinaj for which he should be tried in Serbia. The French infuriated the Serbs when a French court released Haradinaj on bail pending a final decision on his extradition.

The Kosovo government, which declared independence in 2008, claims to have sovereign jurisdiction over Kosovo and requested UNMIK on several occasions to protest against Serbia’s claim to exercise jurisdiction over Kosovo. Kosovo is not a member of INTERPOL and communicates with INTERPOL only through UNMIK, which has a formal arrangement in place which authorizes UNMIK as a point of contact for INTERPOL in respect of Kosovo.

Despite these protests, Serbia continues to assert jurisdiction over Kosovo by prosecuting war crimes committed in Kosovo as it rejects Kosovo’s independence and considers it to be part of the territory of Serbia.

So far, not a single high-ranking Kosovo politician has been extradited to Serbia for war crimes, and Serbia has certainly realized that it is unlikely that it will be able to get hold of former KLA commanders, now high-ranking Kosovo politicians, to try them before Serb courts. However, it is embarrassing for Kosovo politicians to be arrested for war crimes every time they travel abroad, and the possibility of arrest and eventual extradition to Serbia hangs like a Damocles sword over them. It is also the stigma of being internationally branded as a war criminal which makes such arrests a political issue.

This would not seem a big issue, as such incidents have happened already in the past without causing much political trouble, if the relations between Kosovo and Serbia had not further deteriorated in the past months.

Kosovo’s declaration of independence in 2008 was fraught with tensions as Serbia refuses to recognize Kosovo’s independence. The predominantly Serbian population of the four northern municipalities, including the northern part of the ethnically divided city of Mitrovica, refused to accept Kosovo rule and, with the support of Serbia, maintained parallel security and administrative structures. An attempt by the Kosovo government in 2011 to extend its authority into the northern part of Kosovo resulted in an armed confrontation between Kosovo Police and Serbian parallel security structures.

In order to gradually integrate the local Serbs into official Kosovo structures and to dismantle existing Serb parallel structures, the European Union (EU) initiated and facilitated a technical dialogue which resulted in 2013 in an agreement on principles on the normalization of relations between Kosovo and Serbia. Multiple subsequent agreements followed, such as on border management, telecommunication, recognition of diplomas, etc.

In spite of ongoing talks at technical level, both parties accuse each other of obstruction and failure to implement the agreements. Most of the agreements indeed lack implementation, which turns them effectively into dead letters. Kosovo considers that it is giving in too much, such as with the creation of an association of Serbian municipalities, which raises fears of developing into a structure like that of the Republika Srpska in Bosnia and Herzegovina (BiH). The Republika Srpksa is one of the two political entities that constitute BiH, and it openly advocates for secession from BiH and accession to Serbia. Its obstructive policies are perceived by Croats and Muslims, collectively the other entity that constitutes BiH, as the main source of BiH’s instability and dysfunctional government.

Kosovo’s dragging on with the creation of the association was used by the Kosovo Serb political faction in Parliament as a pretext to leave the government and to publicly demonstrate allegiance to the Belgrade government. A Serb minister, who was appointed by the Kosovo Prime Minister, was urged by Belgrade to resign, which shows the level of control that Belgrade exercises over Kosovo Serbs. It did not take long for Serbs to announce that they would unilaterally create the association in February 2017 if Kosovo continues to drag on.

Tensions started to increase when Serbs in Northern Mitrovica erected a wall in December 2016. Although the wall is small and certainly not comparable to the Berlin wall, it is perceived by Kosovo Albanians as a symbol of ethnic division and partition. Threats to remove the wall followed suit and were met with Kosovo Serbs warning that any attempt in this direction would spark tensions.

An attempt by the Prime Minister of Kosovo to visit the northern municipalities in December 2016 was met with hostility by local Serbs who forced the Prime Minister to use the NATO force deployed in Kosovo to escort him to his destination. For Kosovo Albanians, this was an embarrassment and a sign of the weakness of the government to extent its sovereignty over the northern municipalities.

Haradinaj’s arrest in France has to be seen in this context. While he is seen by the Serbs as a war criminal, for Kosovo Albanians he is a war hero. He gained much sympathy, locally and internationally, when, as Prime Minister, he quit his post and voluntarily surrendered to the International Criminal Tribunal for the Former Yugoslavia (ICTY), which eventually acquitted him. He has a strong political base in Western Kosovo and is one of the main opposition leaders which makes him a significant political factor which must be taken seriously. A possible extradition of Haradinaj to Serbia would very likely have implications for the security situation in Kosovo.

Immediately following Haradinaj’s arrest, Serbia’s President Nikolic declared that he would come to Kosovo on the occasion of the Orthodox Christmas celebration. This was seen by the Kosovo government as an outright provocation, and it declined permission for Nikolic to enter Kosovo.

The latest increase in tensions was on January 14, when a train left Belgrade for Kosovo. What should look normal and a sign of free movement, in the context of relations between Kosovo and Serbia, was almost a cause of war. The Russian-sponsored train displayed slogans like “Kosovo is Serbia” and was decorated with religious and Serb nationalist motives, a clear provocation for the Albanians. Kosovo special police forces were immediately dispatched to the north, and the Kosovo government ordered that the train be prevented from entering Kosovo.

And the train indeed returned without entering Kosovo, leaving Kosovo and Serb politicians to compete with each other as to who had actually ordered the return of the train. Serbian Prime Minister Aleksander Vucic’s public reaction was that Kosovo was provoking a conflict of broad proportions and was preparing war games for some time. Serbia’s President Nikolic spoke publicly about sending the army to Kosovo and soon media were full of prognosis of a new conflict between Kosovo and Serbia.

Mutual accusations and provocations are now on the agenda and are likely to escalate in an atmosphere of growing mistrust and tensions between Kosovo and Serbia. The EU’s efforts to normalize relations through a technical dialogue have largely failed. The EU’s lukewarm reaction to the construction of the wall and the train incident do not contribute to an increase in the EU’s credibility and reliability as a facilitator of a dialogue which has lost meaning to Serbs and Albanians.

If escalation is to be prevented, the format of talks between Kosovo and Serbia must change. A technical dialogue, which tries to avoid sensitive political issues, including the core issue of Kosovo’s statehood, makes no further sense.

An attempt by the EU High Representative for Foreign Affairs and Security Policy, Federica Mogherini, to calm down tensions by hosting a high-level meeting that included the Presidents and Prime Ministers of Serbia and Kosovo resulted in the usual diplomatic lip-service to continue dialogue. As soon as the Presidents were home, they resumed accusations against each other of inciting conflict.

If normalization between Kosovo and Serbia is to occur, the technical dialogue must be replaced by political negotiations which respect the political realities that have developed in Kosovo since 1999. Failure to elevate talks to this level as soon as possible will allow hard-liners on both sides to use war crimes prosecution, walls, and trains to escalate tensions.

In view of the bleak prospects for stability in the Western Balkans, it is important for the EU to show more leadership and determination. A success in Kosovo would be important for restoring confidence in the EU as an international political actor. The current path taken by the EU in Kosovo will certainly not lead to this.