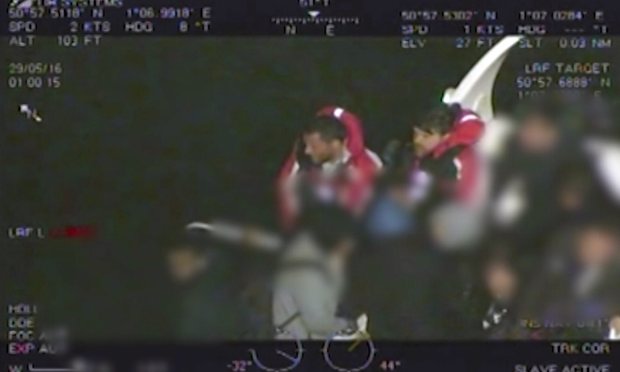 A video still of 18 Albanian migrants on the boat Robert Stillwell and Mark Stribling used to smuggle them across the Channel. Photograph: Home Office/PA

Mark Stribling, Robert Stilwell and Stephen Jackson all admit to assisting unlawful immigration into the UK. Three men have been sentenced to prison terms over two separate attempts to smuggle Albanians into the UK in boats across the Channel,  report The Guardian, transmete the National Information Agency “Presheva Jonë” .

A former Commonwealth judo champion has been jailed for more than four years after admitting that he attempted to smuggle 18 Albanian migrants into Britain before his boat broke down.

Robert Stilwell, 33, and an accomplice, Mark Stribling, 35, both admitted plotting to assist unlawful immigration into the UK.