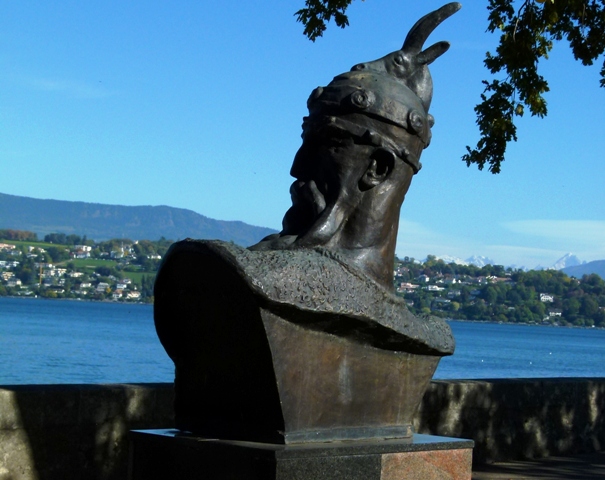 On that occasion Musliu said that the character of the great Skanderbeg and how this name bear street in Geneva, Rome, New York, London and Brussels, and his proposal would be to create a memorial Nis Skanderbeg.

Skanderbeg has a place in Nis, because there is a lot of Albanians, because this hero 3 November 1443, with 300 horsemen saved Serbs in Nis from Ottoman invaders. He, then, is not saved Albanians in Niš and freed the city. .

A son of John (Gjon) Kastrioti, prince of Emathia, George was early given as hostage to the Turkish sultan. Converted to Islām and educated at Edirne, Turkey, he was given the name Iskander—after Alexander the Grea During the defeat of the Turks at Niš (1443), in Serbia, Skanderbeg abandoned the Turkish service and joined his Albanian countrymen against the forces of Islām. He embraced Christianity, reclaimed his family possessions, and in 1444 organized a league of Albanian princes, over which he was appointed commander in chief.

In the period 1444–66 he effectively repulsed 13 Turkish invasions, his successful resistance to the armies of Murad II in 1450 making him a hero throughout the Western world. Through the years he elicited some support from Naples, Venice, and the papacy and was named by Pope Calixtus III captain general of the Holy See. In 1463 he secured an alliance with Venice that helped launch a new offensive against the Turks. Until the end of his life he continued to resist successfully all Turkish invasions. Within a few years of his death, however, his citadel at Krujë had fallen (1478), and Albania passed into several centuries of obscurity under Turkish rule.