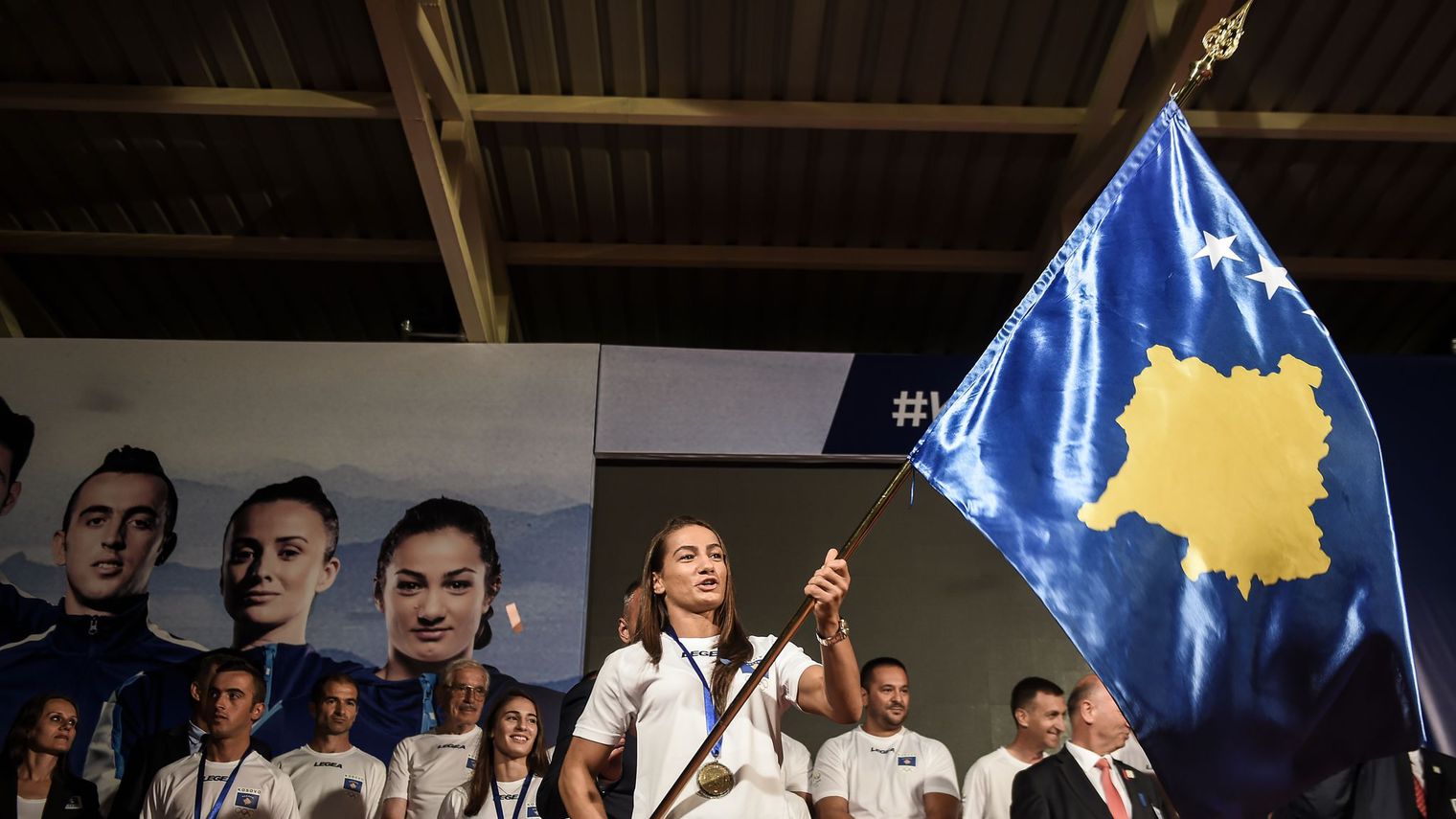 RIO DE JANEIRO, Aug  -Majlinda Kelmendi made history at the Rio Games on Sunday as she took gold in judo to become the first athlete from Kosovo to win an Olympic medal, a feeling she said she would not trade for any amount of money in the world, report Reuters, transmete the National Information Agency “Presheva Jonë”

Rio marks the first Olympics at which athletes are competing under the flag of Kosovo, which proclaimed independence from Serbia in 2008.

Many competitors from the small Balkan country, which was accepted as a member of the International Olympic Committee in 2014, had previously participated under another country’s flag including Kelmendi herself.

The twice world champion, who was Kosovo’s flag bearer at Friday’s opening ceremony and was competing in the -52kg category, represented Albania at the London Games in 2012 but went home without a medal that time.

“I have lived four years for this day, for this moment, and I felt so happy there at the podium when I saw my flag and when I heard my anthem,” she told reporters.

Kelmendi refused many offers to compete for other countries because she had always wanted to represent Kosovo.

“There is no money in the world, no millions in the world which can make me feel how I feel today,” she said.

Sanije Balaj, 51, who watched from a bar in Kosovo’s capital Pristina, began to cry when the national anthem played at the medal ceremony.

Kelmendi described her semi-final match with third-seeded Misato Nakamura, which she won on a single penalty, as her toughest of the day, calling her Japanese opponent a legend who she had always wanted to fight.

But to claim gold she also had to overcome 10th seed Odette Giuffrida from Italy in a tense duel, winning on a point from a yuko that was initially judged to be a more valuable waza-ari.

Tensions persist between Kosovo and Serbia, which has not recognised Kosovo’s declaration of independence.

Serbia has reportedly advised its athletes in Rio to withdraw from any medal ceremonies if they have to share the podium with athletes from Kosovo, although there were no Serbian judokas participating on Sunday.

Kosovo won further sporting recognition in May when it was accepted as a member of soccer’s world governing body FIFA. (Reporting by Chris Gallagher; Additional reporting by Fatos Bytyci in Pristina; Editing by Brian Homewood and Ken Ferris)