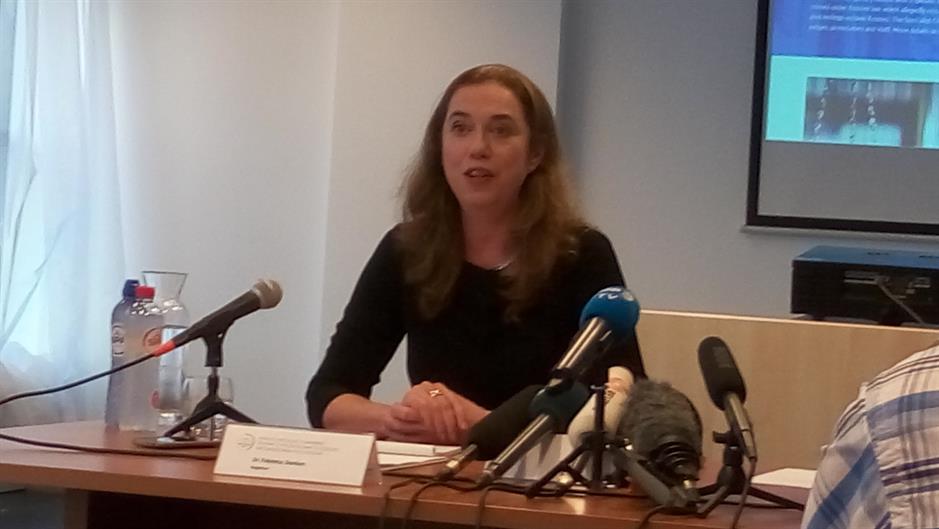 “It is an honour and privilege to serve as Registrar of the Kosovo Specialist Chambers. A well-functioning Registry is one of the crucial components of an efficient court. I am dedicated to fulfilling the Chamber’s mandate and facilitating secure, independent, impartial, fair and efficient criminal proceedings before the Chambers,” she stated.

Dr Donlon acknowledged all who supported the establishment of the Specialist Chambers during the preparatory phase– in particular the Kosovo authorities, the European Union, the EULEX, Third Contributing States and the Host State, the Kingdom of the Netherlands.

The Registry of the Specialist Chambers is responsible for the administration and servicing of the Specialist Chambers and all necessary and affiliated functions. It is by its nature independent and neutral, providing services to all organs and participants in the proceedings. It includes, among others, a Witness Protection and Support Office, a Defense Office, a Victims’ Participation Office, a Court Management Office, a Detention Unit, an Ombudsperson’s Office and other various administrative and judicial support units.

“The Law creates the framework for a robust witness protection measures, with full respect for the rights of the defence. We intend to implement the highest standards of protection for individuals who may be at risk on account of their participation in the judicial process. This is something we take very seriously,” affirmed Dr Donlon.

The Registry is also a key actor in safeguarding the rights of any suspect or accused. Its Defence Office will administer a list of counsel eligible to practice before the Specialist Chambers as well as a system for representation of indigent accused. The rights of the accused provided for are consistent with the standards set by the European Court of Human Rights.

The Specialist Chambers provide for the participation in judicial proceedings of victims who have suffered harm as a direct result of a crime within their jurisdiction. Its Victims’ Participation Office will commence managing the application process for victims to participate in the proceedings and providing advice to such victims.

The selection process for positions of President of the Specialist Chambers and for a Roster of International Judges has just started and is undertaken by an independent selection panel according to the provisions of the Law adopted by the Kosovo Assembly. After the appointments of the President of the Chambers and judges, the work will commence on the adoption of a crucial legal document – the Rules of Procedure and Evidence, necessary to conduct judicial proceedings.

The other vital process is related to the recruitment of the staff of the Specialist Chambers and Specialist Prosecutor’s Office, open to citizens of EU Member States and Third Contributing States. In the two Calls for Contribution that took place recently, almost 100 positions were open for applications, and a comprehensive recruitment process is underway.

Pending the ratification of the Host State Agreement by the Kingdom of the Netherlands before any judicial activities can start, an Interim Host State Agreement presently provides legal ground for a number of operational and administrative steps that are necessary at this stage.