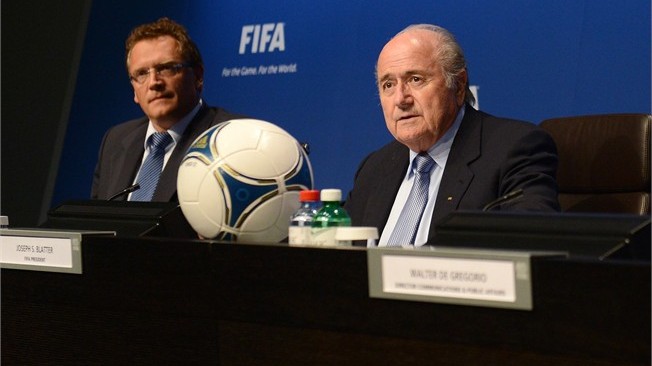 The meeting of the FIFA Executive Committee, which will take place on 27 and 28 September 2012 at the Home of FIFA in Zurich, informs the National Information Agency “Presheva Jonë”.

The meeting of the FIFA Executive Committee, which is taking place on 27 and 28 September 2012 at the Home of FIFA, will be followed by a press conference streamed live on FIFA.com, at approximately 15.00 CET on 28 September.

At the press conference will be FIFA President Joseph S. Blatter and  Secretary General Jerome Valcke. KOSOVA: The Executive Committee has given its approval for FIFA member associations to play friendly matches with the Football Federation of Kosovo in accordance with art. 79 of the FIFA Statutes. Following the decision made by the FIFA Executive Committee on 21 May 2012 to allow the FIFA member associations to play international friendly games with teams of the Football Federation of Kosovo (FKK), which is not a member of FIFA, FIFA Secretary General Jérôme Valcke

As part of an announcement made to celebrate their 108th anniversary this week, FIFA have declared that the aspirant European nation of Kosovo are now permitted to play officially-sanctioned international friendlies against FIFA members.
This has not stopped them from doing so in the past, as Kosovo have had a history of 6 international matches since 1993, including 3 against FIFA member nations (Albania and Saudi Arabia, while their 3 other matches have come against Monaco, Sapmi, and TR Northern Cyprus), but the ruling made by FIFA seems to suggest that playing Kosovo will be encouraged in the future, and that the results may even contribute to FIFA’s archives and FIFA World Ranking consideration.
The official statement on the matter from FIFA’s website read: “The Executive Committee has given its approval for FIFA member associations to play friendly matches with the Football Federation of Kosovo in accordance with art. 79 of the FIFA Statutes.”
The move will also be considered as a boost to Kosovo’s future plans to join FIFA, with this step forward thought to be a key stepping stone towards full membership, much like the assistance-based status recently given to Gibraltar by UEFA. 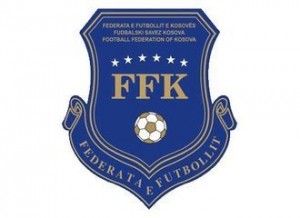 Following repeated written requests from the Football Federation of Kosovo (FFK) over the last two years, the FIFA Executive Committee agreed during its meeting of 21 May 2012 to allow the FIFA member associations to play international friendly games with teams of the FFK, which is not a member of FIFA. This decision has been made on the basis of article 79 of the FIFA Statutes, which foresees the possibility that FIFA members may play against non-members (such as FFK) provided FIFA gives its authorization. It is to be noted that the European members of the FIFA Executive Committee abstained during the decision.

Eight representatives of the European football union voted against the decision, but were outvoted by the others. “This is not the recognition of Kosovo’s independence,” FIFA General Secretary Jerome Valk said and explained that the decision is merely an acknowledgement that national teams can play football against Kosovo’s national squad, informs the National Information Agency “Presheva Jonë”.

FIFA also justified the decision explaining that players from Kosovo are “leaving en masse to play for other countries”. Many football players born in Kosovo play under flags of different countries across Europe. According to the new FIFA policy on Kosovo, they could all play for the national team of Kosovo, once it gains the UN recognition, and therefore fulfil FIFA membership criteria. Catalan and Basque teams can also play friendly matches. European handball federation (EHF) is the only one to accept Kosovo as its member.

The Blue Stars/FIFA Youth Cup has welcomed clubs from all over the world since its creation, and this remains one of its biggest draws. Indeed, over the years the tournament has allowed fans to watch teams from far afield compete alongside established household names. Beijing Guoan FC (PR China), Nykobing (Denmark), FK Flamurtari (Kosovo), Vestfold FK (Norway), Hapoel Ramat Gan (Israel) and FK Radnicki Kragujevac (Serbia) are just some of the more exotic names to have graced the competition.