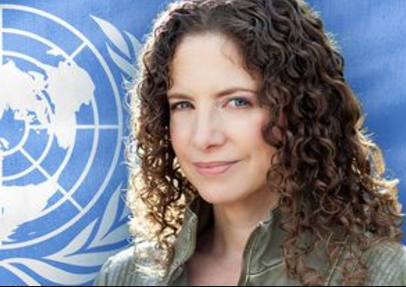 GENEVA, UN 14 October (Nefail Maliqi, PJ)  – “Stop denying the cultural heritage of others,” UN expert says after first fact-finding visit to Serbia and Kosovo, reports  the Press Agency “Presheva Jonë” in Geneva
“I am concerned at the high level of politicization of cultural heritage issues in Serbia and in Kosovo,” said United Nations human rights expert Karima Bennoune at the end of her first fact-finding mission to Serbia and Kosovo. “This reduces cultural heritage to a tool and produces monolithic discourses not appropriate in diverse societies,” she said, reported Press UN.  transmete the Press Agency “Presheva Jonë” .

The UN Special Rapporteur in the field of cultural rights, who visited Serbia and Kosovo from 3 to 14 October, undertook this visit to address tensions regarding cultural heritage arising between Serbia and Kosovo, and to look more broadly at the right to take part in cultural life without discrimination in Serbia and in Kosovo.

“Serbia and Kosovo must understand how crucial it is to view cultural heritage issues from a human rights perspective, based on the rights of all people without discrimination to participate in cultural life, to access and enjoy cultural heritage, to freedom of expression, thought, conscience and religion, and to education in particular,” she added.

“I encourage everyone to understand cultural heritage in a holistic way, including the contributions and perspectives of all groups. Everyone, including Serb, Albanian, Roma, Orthodox, Muslim and Jewish people and all minorities, as well as secular people, women, LGBT people, persons with disabilities and people of mixed identities make significant contributions to cultural heritage and the existence of a vivid cultural life. This must be recognized,” Ms. Bennoune stressed.

“Fortunately, I had the opportunity to meet representatives of civil society from diverse backgrounds who are eager to combat such perspectives and organize joint events with people of mixed backgrounds to visit each other’s sites of cultural significance. Such activities were often curtailed due to lack of funding, and need all possible support, from Serbia, from Kosovo, and from the international community.”

“There is a clear need for mutual acknowledgment of the harm that has been done in the past by attacking heritage related to various groups, and the suffering this has caused. Lasting peace and reconciliation require no less”. The Special Rapporteur referred to the many reports of widespread attacks against and destructions of mosques, historic centers and cultural sites such as archives committed by Serbian security forces and paramilitaries in 1999 in Kosovo, as well as against churches committed by the Kosovo Liberation Army. She also referred to the intentional destruction of, in particular, 35 listed Orthodox monuments and churches between 17 and 19 March 2004, followed by a number of attacks and incidents against Serbian orthodox cultural heritage since then. She likewise regretted retaliatory attacks during the events of March 2004, including one on the workshop of Kosovo Albanian sculptor Agim Èavdarbaša in Pristina, as well as those against two mosques in Niš and Belgrade. “I condemn unreservedly all of these attacks and destructions of cultural heritage and insist on all necessary steps being taken to prevent any repetition and to hold perpetrators accountable, in accordance with international norms.”

“In Kosovo, I appreciated reports from a variety of sources acknowledging the dedication and increased capacity of the Kosovo police for the protection of sites, in particular thanks to its specialized unit for the protection of cultural heritage, which is multi-ethnic in its composition”, Ms. Bennoune said. She noted the reported decrease in the number of security incidents involving cultural heritage, while also taking into consideration allegations that statistics do not entirely reflect the reality. “I also heard ongoing concerns from Serbian Orthodox monks and nuns who are uncertain about security and long to feel welcome and accepted.”

“Whenever there are any incidents involving heritage, they must always be condemned publicly and widely by officials, as well as by diverse religious and cultural leaders to assure the relevant groups of their safety and to indicate the utter unacceptability of such conduct,” the Special Rapporteur recommended. The Special Rapporteur also emphasized that the international community had an obligation to ensure, including through financial assistance, that genuine cultural heritage protection is guaranteed.

Internally displaced persons from Kosovo saw the destruction of their cultural heritage as an attempt to wipe out their history. The equal enjoyment of cultural rights is also a critical component of enabling sustainable return.

“I must underline that sites of specific significance for the Serbian Orthodox Church and Serb people in Kosovo are also important for many other people, including Kosovo Albanians who sometimes have accessed monasteries or churches to pray or visit,” Ms. Bennoune stated. From a human rights perspective, protecting and ensuring full respect for a special relationship between the Serbian Orthodox Church with these sites does not mean that others should not have any access.

“I am also convinced that many within the Serbian Orthodox Church as well as members of other religious or non religious communities are eager to ensure a more open and free access to these sites,” the expert said. “Of course, a good balance has to be reached between the need to offer access and to ensure security, but over-securitization bears other risks of exclusion and alienation.”

“In Kosovo, more efforts are needed to also protect other heritage sites, in particular historic centers, old houses and hammams, in particular from private actors in the field of business,” Ms. Bennoune stated. “While the legal standards for cultural heritage protection are well developed, such standards must be fully implemented in any urban development endeavor, in the design of which civil society must be able to participate fully.” Ms. Bennoune referred in particular to the situation of Prizren. She was sorry to hear reports that cultural heritage defenders who raise these cases have received threats, thought to emanate from private actors.

The Special Rapporteur expressed dismay at the fact that in Serbia, the Belgrade site of the World War Two Topovske šupe camp for Jews and Roma is planned for destruction in 2017 to build what has been called the biggest shopping mall in the Balkans. She hoped that another site, the Sajmište former concentration camp for Jews, Roma, Serbian civilians and Partisans would be appropriately protected, including its German Pavilion, and that the suffering of its prisoners who had been exterminated would be specifically memorialized.

“Indeed, in Serbia, there remain serious challenges to cultural rights in many areas which must be urgently addressed. These include the ability to discuss, produce and access cultural content related to the past atrocities of the 1990s, as well as freedom of artistic expression, and the rights of human rights defenders,” the Special Rapporteur said. Many of these are related to the impact of resurgent nationalism. The Special Rapporteur was pleased to see advances as well, noting in particular the fact that the LGBT Pride March is now permitted.

In Serbia and in Kosovo, funding continues to pose the greatest difficulty in regard to all of the rights under consideration and must be increased. “In both cases, human rights must be transformed from a public relations discourse into a cultural reality, through prioritizing culture, urgent implementation of all relevant standards, including those on tolerance and diversity, and human rights education.

The Special Rapporteur will present a comprehensive report on her visit to Serbia and Kosovo to the UN Human Rights Council.