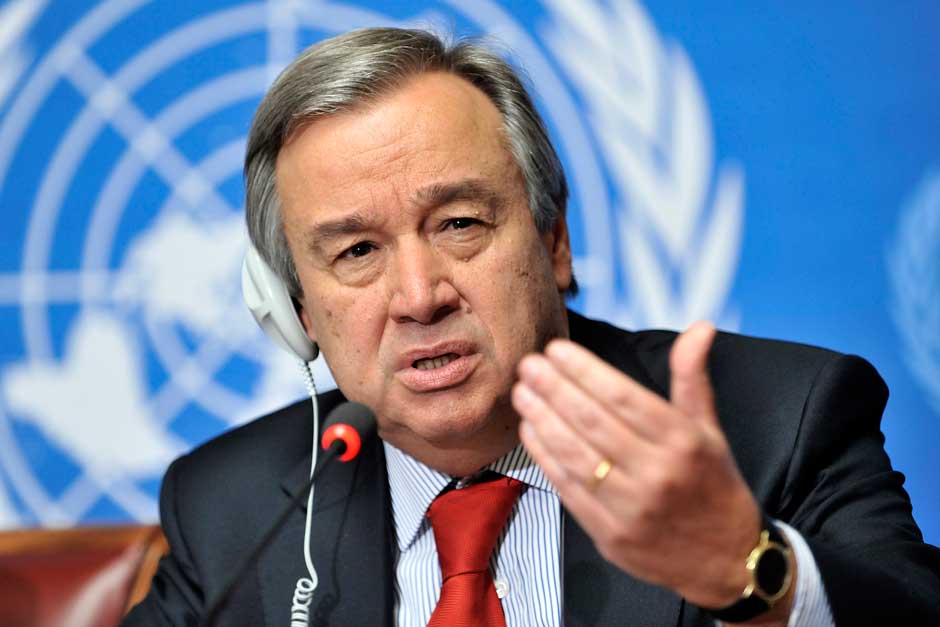 António Guterres, the former Portuguese prime minister, will be the next UN secretary general, after the security council agreed he should replace Ban Ki-moon at the beginning of next year.

In a rare show of unity, all 15 ambassadors from the security council emerged from the sixth in a series of straw polls to announce that they had agreed on Guterres, who was UN high commissioner for refugees for a decade, and that they would confirm the choice in a formal vote on Thursday. “Today after our sixth straw poll we have a clear favourite and his name is António Guterres,” the Russian UN ambassador, Vitaly Churkin, told reporters with his 14 council colleagues standing behind him, report The Guardian, transmete the Press Agency “Presheva Jonë” .

“We have decided to go to a formal vote tomorrow morning at 10 o’clock, and we hope it can be done by acclamation.”

As the UN’s refugee chief, Guterres persistently appealed to the conscience of the international community over the worst refugee crisis since the second world war, and he vowed to carry on being a spokesman for the downtrodden if he became UN secretary general.

During his tenure, he oversaw a profound structural reform of UNHCR, reducing staff in its Geneva headquarters by over 20 per cent and increasing the organization’s cost effectiveness and emergency response capacity. UNHCR’s volume of activities tripled during his time in office, following the introduction of a needs-based budgeting approach and an increase in the number of people displaced by conflict and persecution, from 38 million in 2005 to over 60 million in 2015. Guterres’ tenure was marked by some of the largest displacement crises in decades, particularly conflicts in Syria and Iraq, but also the crises in South Sudan, the Central African Republic or Yemen.

20 years in government and public service

Before joining UNHCR, Guterres spent more than 20 years in government and public service. He served as prime minister of Portugal from 1995 to 2002, during which time he was heavily involved in the international effort to resolve the crisis in East Timor.

As president of the European Council in early 2000, he led the adoption of the “Lisbon Agenda” and co-chaired the first European Union-Africa summit. He was a member of the Portuguese Council of State from 1991 to 2002.

From 1981 to 1983, Guterres was a member of the Parliamentary Assembly of the Council of Europe, during which time he was also elected as chairman of the Committee on Demography, Migration and Refugees.

For many years Guterres was active in the Socialist International, a worldwide organization of social democratic political parties. He was the group’s vice-president from 1992 to 1999, co-chairing the African Committee and later the Development Committee. He served as President of the Socialist International from 1999 until mid-2005. In addition, he founded the Portuguese Refugee Council as well as the Portuguese Consumers Association DECO, and served as president of the Centro de Acção Social Universitário, an association carrying out social development projects in poor neighbourhoods of Lisbon, in the early 1970s.

Guterres is a member of the Club of Madrid, a leadership alliance of democratic former presidents and prime ministers from around the world.

Guterres was born in Lisbon in 1949 and graduated from the Instituto Superior Técnico with a degree in engineering. He is fluent in Portuguese, English, French and Spanish.

Guterres is married and has two children.