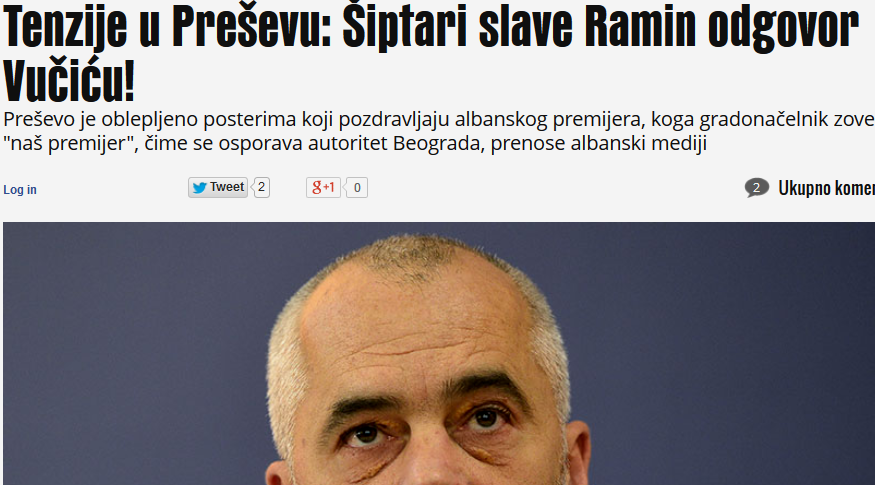 PRESEVO/BRUSSELS, 26 MAY – International Association of Albanian Journalists in Switzerland and Europe (AJASE): In Serbia, Serbian media offends Albanians in front of OSCE’s nose and no one wants to punish this, whereas in Kosovo, media outlets offending Serbs receive fines by up to 20 thousand Euros.

However, according to AJASE, it appears that racism, hate speech, and insults, previously used during the Milosevic era, still remain and are especially used by Serbian media. “We say so, because despite the presence of the Organisation for Security and Cooperation in Europe (OSCE) in Belgrade, Serbian media continues to use hate speech language against the Presevo Valley Albanians and Albanians in general (“Siptari”, “Kosovo and Metohija”, “Kosmet”, “Terrorist”, “Vehabisti”, “Islamist” etc),” highlighted AJASE’s President in Brussels.

Moreover, Nefail Maliqi highlighted during this international media conference that terms such as “Terrorist” are used to label former UCPMB members, who were members of the “Gnjilane Group”, even though the Serbian court in Belgrade proclaimed their innocence and the members were given amnesty by Serbian authorities. After the release of the members, Serbian media has decided to not forgive them. Another example is the use of “Wahhabi” by Serbian media following the killing of a Norwegian citizen in January this year by Serbian gendarmerie forces in Presevo. Although Serbian media had not yet identified the victim, they decided to bombard the front pages of newspapers with headlines such as “Gendarmerie kills Wahhabi in Presevo.” Few days later, the victim’s family and Serbian authorities themselves emerged publicly and confirmed he had no connection with “Wahhabism” and never put a foot in a mosque. In Kosovo, Albanian media were sentenced to pay fines up to 20 and 30 thousand Euros after offending Serbs with hate speech language (“Shkije”), whereas in Serbia, Serbian media continues to offend Albanians in front of OSCE’s nose.

The International Association of Albanian Journalists in Switzerland and Europe (AJASE) has on several occasions addressed this situation with the OSCE in Belgrade and Vienna and encouraged them to use their authority to stop the use of hate speech and racism by Serbian media against Albaniansin the Presevo Valley region with language from the Milosevic era, which in the long-term will not advance Serbia’s EU integration process.