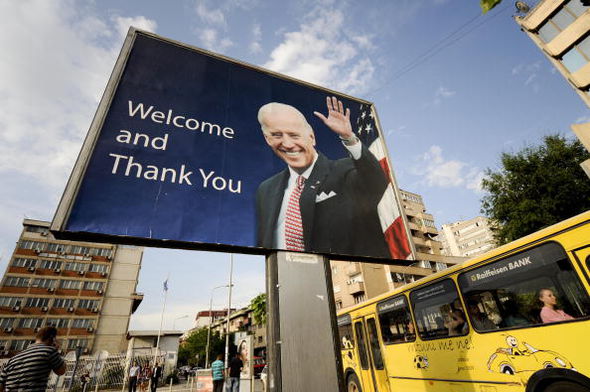 US Vice President Joe Biden has given his backing to Kosovo joining the European Union (EU) and promised £1.7billion in aid, report Express.co.uk, transmete the National Information Agency “Presheva Jonë”

VP Biden and his wife Jill flew into Serbia and Kosovo in a bid to smooth over a border and immigration row bubbling away in the Balkans.

And he said politicians in the capital Pristina will have to do more to help ensure the growing status of the Serbian community in Kosovo if they hope to enter the EU.

Mr Biden is trying to help the countries make headway on a verbal pact known as the 2013 Brussels Agreement, which would pave their way into joining the EU.

The 15-point “First Agreement of Principles Governing the Normalisation of Relations” was enacted three years ago to help the countries agree a road map to their succession.

Kosovo was placed under United Nations administration following the Kosovo War and NATO bombing of Yugoslavia in 1999.

In 2008, Kosovo declared independence and has engaged in ten rounds of talks since culminating in the most recent official meetings held in December last year. So far both countries have failed to sign any formal agreements despite intervention of Presidential hopeful Hillary Clinton and British Labour politician Caroline Ashton who became the inaugural High Representative of the Union for Foreign Affairs and Security Policy created by the Lisbon Treaty in 2009.

Now as tensions once again come to the fore and a border row is brewing between Kosovo and Montenegro, Mr Biden has stepped into the political debate.

He said: “We want to have a strong Kosovo that will be a full member of the EU.”

He also went on to say the US and EU through work with the UN has found £1.7bn ($2bn) in aid for the country. 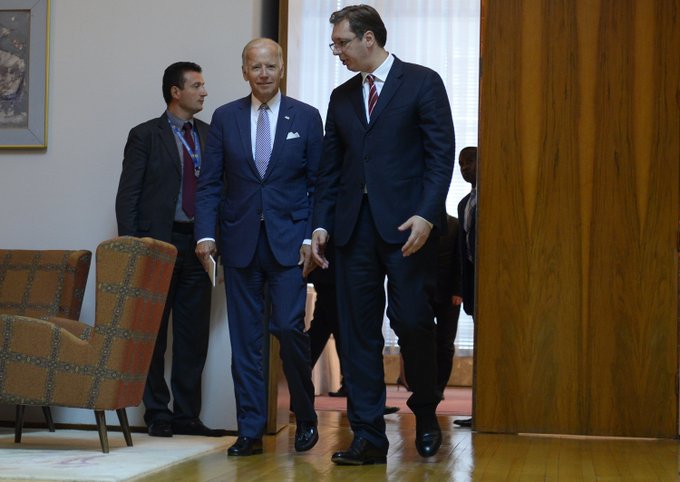 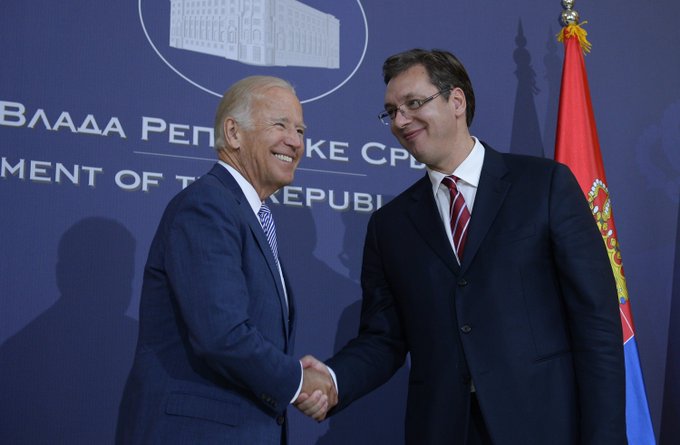 He said Kosovo and Albanian politicians “have an obligation and responsibility to adhere to the obligations set out in Brussels”.

Kosovo President Hashim Thaci welcomed the agreement and indicated his trip would have “a positive impact on the region”.

Mr Biden said he had spoken to pro-western Serbian Prime Minister Aleksandar Vucic who later tweeted: “I thanked @JoeBiden for #USA supporting peace and stability in our region and Serbia’s EU path.”

This was Vice President Biden’s last official visit to the region before the US elections.

While in Kosovo Mr Biden paid tribute to his late son Beau who died last year at the age of 46. Beau had served in the American military base in central Kosovo in 2001.

A promising lawyer who ultimately became the attorney general for Delaware, Mr Biden Jr and was a legal adviser as the Balkans recovered from war.

He helped train prosecutors and judges for the “Organization for Security and Cooperation in Europe”.

He also served in the US Army National Guard and served time in Iraq.

His parents returned on Wednesday to attend the dedication of motorway near US base Camp Bondsteel.

Mr Biden Snr added: “Beau loved this country like I do.

“On behalf of the Biden family, we are extremely grateful and humbled beyond words.”