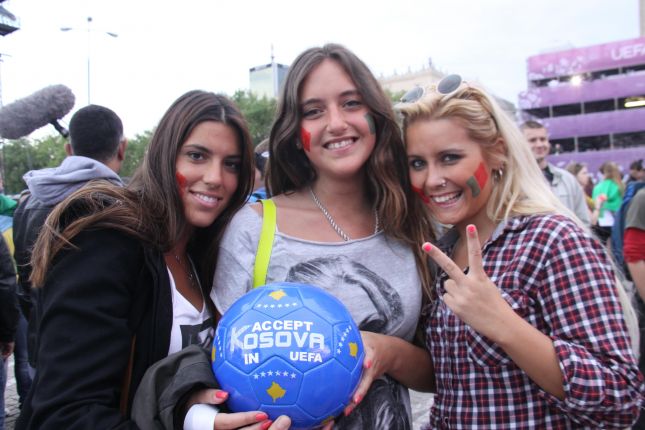 The federation could now be fast-tracked into world governing body FIFA which means the former province of Serbia would be able to take part in qualifying for the 2018 World Cup.

Kosovo, who were approved by a four-vote margin, is the 55th member of UEFA and can now play international matches against European countries, with its clubs now able to do same.

“The Football Federation of Kosovo (FFK) was admitted as the 55th member association of UEFA with immediate effect after a vote at the 40th Ordinary UEFA Congress in Budapest,” UEFA confirmed.

“Simple majority was needed for the FFK to become member and it received 28 votes in favour, with 24 votes against and two invalid votes cast.

“Florence Hardouin (France) was elected as the female member on the UEFA Executive Committee for the 2016-19 period, receiving 33 votes against the 21 votes received by Karen Espelund (Norway).

“Finally, several amendments to the UEFA Statutes were approved.”