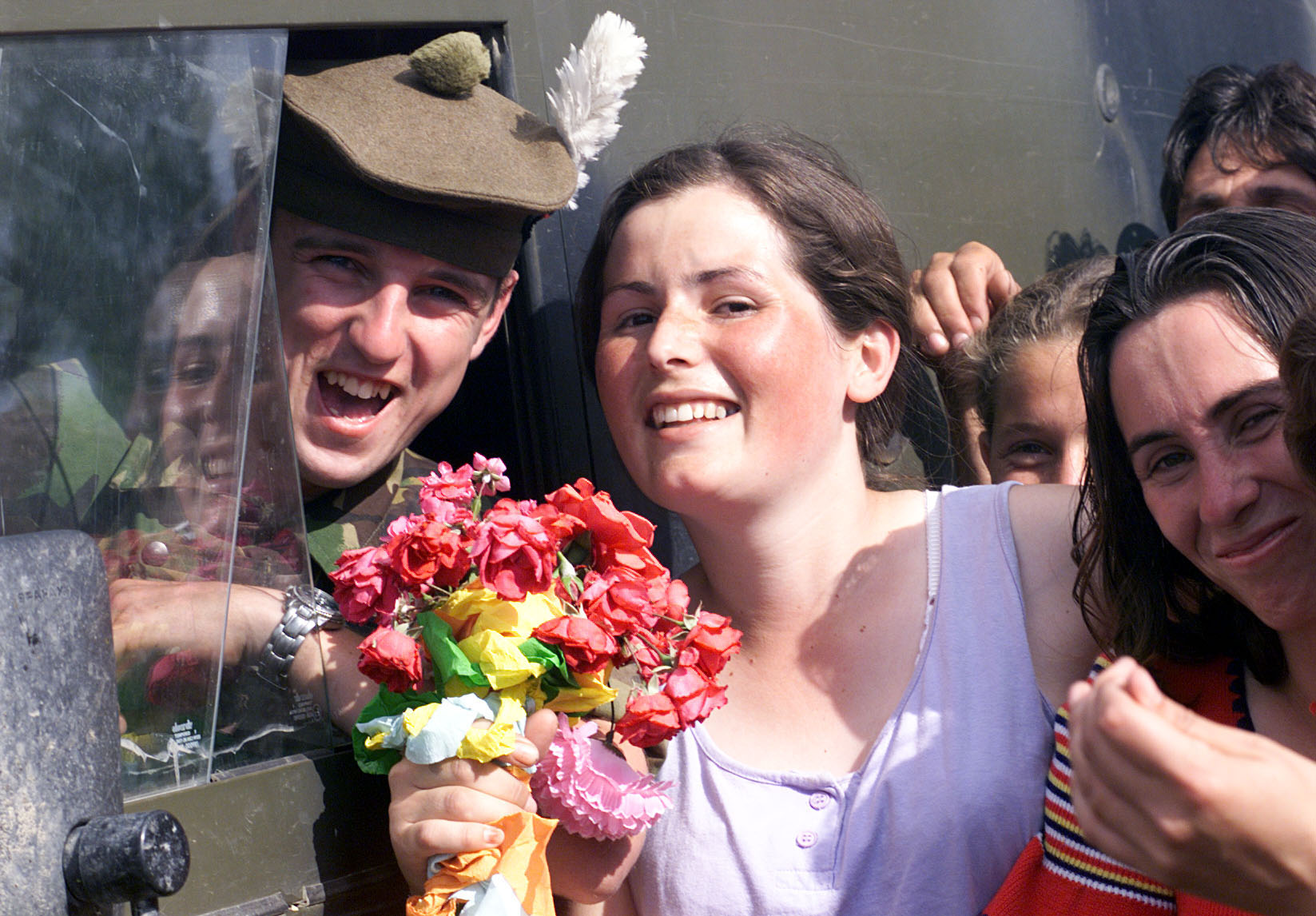 NATO has been leading a peace-support operation in Kosovo since June 1999 in support of wider international efforts to build peace and stability in the area, report Press NATO, transmete the National Information Agency “Presheva Jonë”.

On 9 June 1998, US President Bill Clinton declared a “national emergency” (state of emergency) due to the “unusual and extraordinary threat to the national security and foreign policy of the United States” imposed by Yugoslavia and Serbia over the Kosovo War.[113]

On 23 September 1998 acting under Chapter VII of the United Nations Charter the UN Security Council adopted Resolution 1199. This expressed ‘grave concern’ at reports reaching the Secretary General that over 230,000 people had been displaced from their homes by ‘the excessive and indiscriminate use of force by Serbian security forces and the Yugoslav Army’,[114] demanding that all parties in Kosovo and the Federal Republic of Yugoslavia (Serbia and Montenegro) cease hostilities and maintain a ceasefire. On 24 September the North Atlantic Council (NAC) of NATO issued an “activation warning” (ACTWARN) taking NATO to an increased level of military preparedness for both a limited air option and a phased air campaign in Kosovo.[115] The other major issue for those who saw no option but to resort to the use of force was the estimated 250,000 displaced Albanians, 30,000 of whom were out in the woods, without warm clothing or shelter, with winter fast approaching.

Meanwhile, the U.S. Ambassador to the Republic of Macedonia, Christopher Hill, was leading shuttle diplomacy between an Albanian delegation, led by Rugova, and the Yugoslav and Serbian authorities. It was these meetings which were shaping what was to be the peace plan to be discussed during a period of planned NATO occupation of Kosovo. During a period of two weeks, threats intensified, culminating in NATO’s Activation Order being given. NATO was ready to begin airstrikes, and Richard Holbrooke went to Belgrade in the hope of reaching an agreement with Milošević. Officially, the international community demanded an end to fighting. It specifically demanded that the Yugoslavia end its offensives against the KLA whilst attempting to convince the KLA to drop its bid for independence. Moreover, attempts were made to persuade Milošević to permit NATO peacekeeping troops to enter Kosovo. This, they argued, would allow for the Christopher Hill peace process to proceed and yield a peace agreement. Today, approximately 4,600 troops from the NATO-led Kosovo Force (KFOR), provided by 31 countries continue to work towards maintaining a safe and secure environment and freedom of movement for all citizens and communities in Kosovo.

Throughout Kosovo, KFOR is cooperating and coordinating with the United Nations (UN), the European Union (EU) and other international actors to support the development of a stable, democratic, multi-ethnic and peaceful Kosovo. In April 2013, Belgrade and Pristina reached an Agreement on Normalisation, which is helping to improve relations between both parties while giving momentum to the Euro-Atlantic integration of the Western Balkans. NATO and KFOR stand ready to support the implementation of this agreement within its means and capabilities.