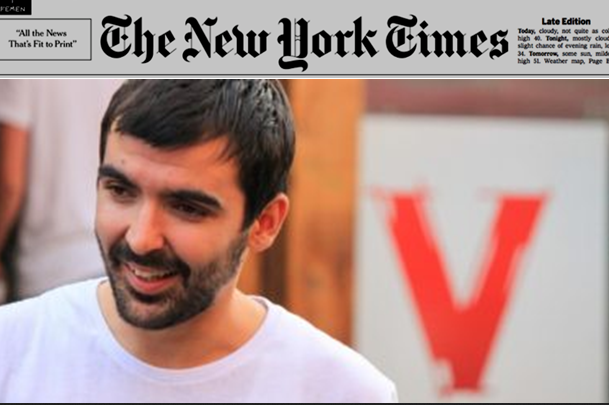 An opposition party in Kosovo blamed the government on Sunday for the death of one of its members while in police custody as questions swirled about where and how the 26-year-old medical student died, reports New York Times, transmet press agency “Presheva Jonë”

A police statement said Self-Determination Movement activist Astrit Dehari died Saturday under still unclear circumstances and an autopsy would be conducted to clarify what killed him.

The movement blamed the government for Dehari’s death and expressed doubts about media reports suggesting he arrived dead at a hospital after allegedly swallowing a fatal dose of prescription medicine.

The opposition questioned differing accounts from police, prison officials and prosecutors on what time Dehari died and whether it happened at the jail where he was being held or at a hospital.

“The death of our supporter Astrit Dehari is a direct state responsibility because Astrit died while held in jail and because Astrit and the others … are being terrorized with dirty and undefined charges,” Self-Determination leader Visar Ymeri said at a news conference.

Prosecutors in Prizren, the city 84 kilometers (50 miles) southwest of the capital, Pristina, where Dehari died, said he was transported to the hospital already dead, but said they are awaiting autopsy results to determine if the death was accidental, self-inflicted or a homicide.

Dehari’s family has asked to have an independent doctor of its choosing witness the autopsy.

“Institutional statements qualifying our son’s death as suspicious and also the contradictions in the statements of different institutions are too much of a concern for us,” his relatives said in a statement. “We insist that in no way the autopsy should be held without the presence of the doctors named from the family.”

The Justice Ministry said it would honor the family’s wish to have an outside expert observer on hand for the autopsy.

Dehari and five other party supporters were arrested in late August for their alleged involvement in a rocket-propelled grenade attack on Parliament that damaged the building’s exterior but caused no casualties.

The Aug. 4 attack occurred amid political tensions over the government’s August 2015 agreement with neighboring Montenegro determining their common border.

Opposition parties vehemently oppose the deal, arguing it cedes territory to Montenegro. They also are against another agreement giving more powers to ethnic Serbs in Kosovo.